Man and Wife Together as One 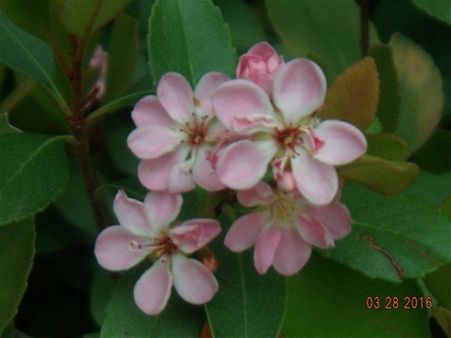 In Genesis 2:21 we learn that God caused a deep sleep to fall upon Adam, and that the woman was then formed from a rib taken from Adam's side.  Here we see mankind's first reproduction from its own flesh, producing after its own kind in body and spirit, with God's assistance.  In the same way God is present, assisting in a sense, in sexual relations between a husband and wife.  Eve ascertained this through divine revelation, having said in Genesis 4:1 that she had "gained a man with the help of the Lord" after giving birth to Cain.

Note that God made Eve from Adam's rib:  a bone.  Bone marrow contains life's blood, our body's life source here on earth, which builds and replenishes our flesh.  Bone itself is the source of our physical structure, which gives our bodies their form and enables us to move about.  Interestingly, in using Adam's rib, God chose a bond whose absence would not hinder Adam's ability to function freely.  We're all familiar with the following phrase, which is found as a footnote to Genesis 2:23 in Dakes:

"Woman is said not to have been taken out of man's head to be lorded-over by him, nor from his feet to be trampled on by him, but from his side to be equal with him, from under his arm to be protected by him, and from near his heart to be loved by him." 1 (see Notes)

That sentiment, which accurately puts forth God's intentions prior to the Fall, was already expressed in Genesis 1:27:

"So God created man in His own image, in the image and likeness of God He created him; male and female He created them."

This verse clearly implies that man and woman together are joint heirs in God's kingdom and were to have a certain equality in their spiritual likeness.  They were to have equality in their dominion on earth as far as being "one" -- a whole unit as a couple, with woman completing man.  The Hebrew word used for "God" in the phrase, "in the image and likeness of God," is Elohim -- plural, referring to the Father, Son and Holy Spirit; it signifies a loving "unity joined with plurality." 2 (see Notes)  By using Adam's physical body and its life source in forming woman, God gave her the same spirit of life that He breathed into Adam in Genesis 2:7.  Both male and female were created in God's image and likeness.  Woman, in her form, completed man.  Neither could have functioned fully without the other.

Notice also that God didn't "create" woman; rather, in Genesis 2:22 we learn that he "formed" her from the part He took from Adam's body:

"And the rib or part of his side which the Lord God had taken from the man, He built up and made into a woman and brought her to the man."

Again, Adam's rib contained both physical life and God's Spirit.  Here we see that, with God's assistance, the "seed of the man" -- in this case, the life source being in Adam's rib rather than sperm -- produced after itself an identical creature with the same attributes, both physical and spiritual.  It was after God created both male and female that He blessed them with the ability to reproduce without the need for His physical assistance (see Genesis 1: 27, 28).

In Genesis 2:23 we learn that God intended man and woman to be vitally connected.  Adam said:

"This [creature] is now bone of my bones and flesh of my flesh."

He  understood God's spiritual intention.  In Ephesians 5:28--30, where Paul is describing the parallel between a husband and wife and Christ and the church, Paul says,

"...husbands should love their wives as [being in a sense] their own bodies.  He who loves his own wife loves himself.  For no man ever hated his own flesh, but nourishes and carefully protects and cherishes it, as Christ does the church, because we are members (parts) of His body."

In the second part of Genesis 2:23 Adam names her Woman.  The Hebrew word, ish-shah, literally means "she-man; womb-man; man with the womb." 3 (see Notes)  She completes the picture, among other things making it possible for mankind to reproduce like God's other creatures.  The word ish-shah, however, is very rarely used of any other species and refers specifically to womanhood; she has been formed from Adam with his God-like nature and characteristics.  Unlike the female counterpart of God's other animal creations, woman's role is much more than one of reproduction, rearing of offspring and the basics of survival.  Such characteristics alone constitute "completion" for the male member of any lower species.  Woman, however, completes the male of mankind -- the species to which God gave dominion over the earth -- and as such, her role requires much more.

Genesis 2:24 gives us a synopsis of the marriage relationship as God intended it to be:

"Therefore a man shall leave his father and his mother and shall become united and cleave to his wife, and they shall become one flesh."

Obvious is the physical union between husband and wife, which God intended to be a part of marriage, but the deeper meaning refers to the completion of the unit, the two parts making a whole.  This is why a "leaving" of other relationships is necessary.  We're not to abandon or ignore our parents, for God instructs us in His commandments to honor them; but a wife's relationship with her husband and his with his wife is of more importance.  Prayer is the best answer to in-law conflicts with a spouse; contention only inevitably sets one side against the other and places one spouse in the uncomfortable "middle" position.  During the healing process of a strifeful situation, a spouse should always feel that the marriage takes precedence in the eyes of his or her mate.  When a spouse is secure in this position, he or she will more readily bend to help repair the other relationship.

Note also that Genesis 2:24 refers specifically to "leaving" a mother and father.  If such and important tie is to be replaced by the marriage first and foremost, how much more are others, such as friends, to be put in a secondary place.  A spouse's relationship with any other person should never interfere even the slightest bit with that of their marriage partner in terms of time, energy or emotional effort.  Any interaction with another person needs to be checked against how it will affect one's marriage.

In Matthew 19:3-8, Jesus talked about the seriousness of marriage, the "oneness" of a married couple, and that marriage was not to be put asunder or separated by man.  He explained that the bill of divorcement instituted by Moses in Deuteronomy 24:1-4 was never intended by God, but formulated within Jewish law only to satisfy man's hardness of heart.  Ephesians 5:31 repeats Genesis 2:24, almost verbatim, here again regarding Christ's relationship with His church and its parallel to earthly marriage between man and woman.  Ephesians 5:32 states that this is a very great mystery.  However, if God makes such a parallel, then this alone solidifies the importance God places on marriage; that it is not to be taken lightly; and problems that arise can be handled through prayer and the provisions made in His Word.  All the more reason to be as sure as possible before entering into marriage, for even though the most difficult situations can be solved through prayer and the Word's guidelines, it often isn't the easiest road to take.

Genesis 2:25 tells us that the man and the woman were both naked, but "not embarrased or ashamed."  they were not aware of the knowledge of good versus evil, for they had not yet eaten the fruit of the tree of knowledge, which Adam had been warned against in Genesis 2:17.  As yet, Adam and Eve had no "sin-consciousness," and nakedness held no sinful connotation for them.  This came as a result of the Fall, which follows in Genesis chapter three.