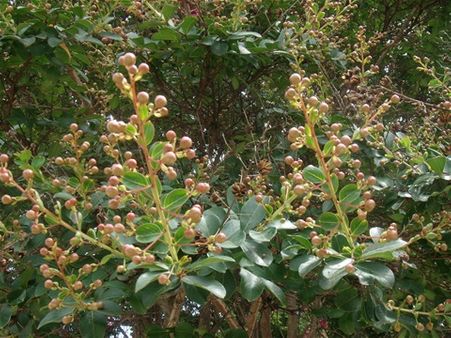 We know that Solomon wrote the first 29 chapters of the book of Proverbs.  The writers of chapters 30 and 31 are unknown, although we know the words of chapter 30 to be those of a man named Agur -- his prophecy and prayer -- and chapter 31 to be those of a king, King Lemuel -- things which his mother taught him in his youth.  There is speculation that Hezekiah, who became the 13th king of Judah after the kingdom of Israel split in two, added these last two chapters to the book of Proverbs during his work in editing the Old Testament, about 275 years after Solomon.

Regarding the writers themselves, Agur and Lemuel, the Jewish Talmud states that "Solomon was called by six names:  Solomon, Jedidiah, Koheleth, Son of Jakeh, Agur, and Lemuel." 1 (see Notes)  The Talmud contains Hebrew civil and spiritual laws and traditions, and explanations of such.  So, quite possibly, the words of these last two chapters of Proverbs can be attributed to Solomon, even though he didn't include them in his writings.

The Proverbs 31 woman -- did she actually exist?  That's hard to say, since Lemuel's identity remains uncertain.  Some Bible scholars think Solomon may have actually been Lemuel; Strong's Concordance renders the Hebrew word Lemuel as "belonging to God."  2 (see Notes)  Others say he was an Arab prince, or simply fictitious.  It seems likely, however, that the words found in this chapter are an example; instructions from mother to son as to what qualities to look for in a woman who would be the perfect wife for a king.  She might have observed fragments of such a woman's demeanor in other women of her day, but most of her guidance seems to have come from her own wisdom and revelation from God.

We can assume that the wise woman referred to in Proverbs 31 taught her son many things as he grew, and as a result of his having lived according to his mother's guidance and training, assumed the position of king as an adult.  Proverbs 31 deals specifically with the requirements of a king's character and his associations with others.  It's significant that of the 31 verses in this chapter, only 9 deal with warnings regarding his behavior and admonitions to justice, compared to 22 verses which deal with his search for a "good" wife.  This demonstrates how vitally important a wife is to a man's life, and how great her influence upon it.

Even a man of solid, godly character who has the strength and ability to rise to a high level of success in his life can be ruined by a poor choice in a wife.  At the very least, she can hinder him from reaching his fullest potential.  Such is the reason that King Lemuel's mother filled her son with teaching in this regard; the chapter expounds on the details of a wife's character, while only summarizing those of the man himself in broad terms.  A "good" wife, merely by providing a solid foundation in a man's life, can promote even a man of lesser character and ability to a position that he wouldn't have otherwise attained.

Proverbs 31:10-31 is a beautiful acrostic poem, each verse beginning with a succeeding letter of the Hebrew alphabet.

The 31st chapter of Proverbs, specifically verses 10 through 31, is a prophetic blueprint of perfection for wives to attain.  The core of this woman's life is her husband -- his care and sustenance -- which ripples outward to that of her children and household.  Whatever she does, whatever she thinks, even the attitudes she allows herself to foster, are always weighed against the barometer of her husband's and her family's well-being, based in agape love.  As we study this chapter verse by verse, we will see the order of importance of her characteristics, beginning with verse 10.  It starts with a solid base and builds upward, much like "the house built upon a rock" which Jesus spoke of in Matthew 7:24-27.

The following is a brief summary of Proverbs 31:10-31, verse by verse, which we will be studying in more detail:

Verses 11 and 12 tell of her husband's uncompromising trust in her, based on his knowledge of her nature and way of life.

Verses 13 through 19 give details of her ceaseless activity in providing care and sustenance for her household, and the sense that she can always be counted on to be a stabilizing force each and every day.

Verse 20 tells us of her charitable deeds, which come after her household's needs are discussed within the chapter.  Although she has a charitable heart, her family always comes first in terms of priorities.  Her excellent time management gives her leave for charitable work and other activities outside of her home.

Verse 21 tells us that, based upon her spiritual well-being, her complete and untiring care of her husband and family, and her consideration of the poor, all these things taken together give her confident trust in God's protection of their household.

Verse 22 speaks of her home's decor and her personal appearance, which is important and tended to, but next to last on her list of priorities.  The beauty of her inner self takes precedence, which will of itself give her a natural glow and pleasing demeanor.

Verse 23 and its position in the chapter tells us that all of her above qualities contribute to the respect which her husband receives from men of importance in the land.  It's safe to assume that he also receives such respect from his contemporaries and colleagues.

Verse 24 speaks of her work outside of her home, which is last in her list of priorities, and in her case, these activities are only an extension of what she already does each day in providing for her family and the needs of her household.

Verses 25 through 27 give us a synopsis of her character and diligence, which results in the praise she receives from others:  first, from her family in verses 28 and 29, and secondly, from those outside of her household.  These include those with whom she has  direct contact, as well as others' indirect knowledge of her through her public activity.

Verses 30 and 31 discuss the praise she receives from others due to her works and her worshipful fear of the Lord.

Here is what the Amplified Bible has to say in footnote to the introductory verse, Proverbs 31:10, as a basis in studying the Proverbs 31 woman:

"Most unfortunately this description of God's ideal woman is usually confined in readers' minds merely to its literal sense -- her ability as a homemaker, as was Martha of Bethany.  But it is obvious that far more than that is meant.  When the summary of what makes her price 'far above rubies' is given (verse 30), it is her spiritual life only that is mentioned.  One can almost hear the voice of Jesus (Luke 10:42), saying, 'Mary has chosen that good portion ... which shall not be taken from her.' " 3 (see Notes)

A good spiritual foundation gives a woman the wisdom she needs to function effectively each day, and to live every area of her life fully and well.